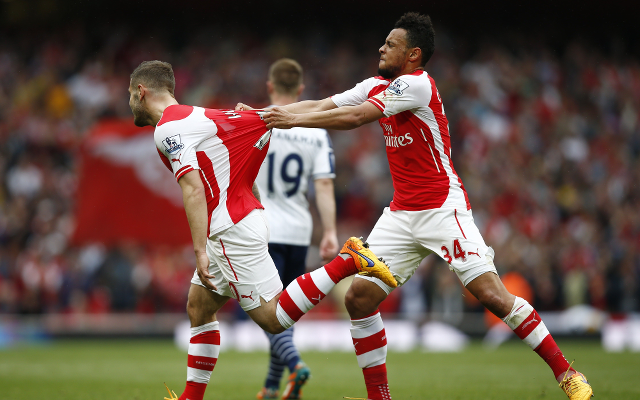 Arsenal midfielder Jack Wilshere has revealed that he’s still hopeful of representing England at the European Championships this summer.

The playmaker is in the midst of another nightmarish campaign, with his 2015-16 season—like so many others—undermined by injury and fitness concerns.

The England man broke his leg in August, and is yet to feature for the Gunners this season.

However, Wilshere is on the comeback trail, and while he is yet to return to Arsenal’s first team, he is back in training, and can harbour some hope of returning to action before the season’s end.

He has bigger ambitions than that, and has admitted to Arsenal Player [via Arsenal.com] that he is still optimistic that he can make a comeback to the international fold in time for the summer showpiece.

“I have said before I want to go to the Euros,” Wilshere confirmed, “and I know that I have to get back into the Arsenal team. I have to persuade the England manager and Arsene Wenger that I should play.

“I felt good. It is nice to be back at Emirates Stadium and play my first game. I know that I’m not there yet, not quite ready to play in the first team but it is another step closer to my fitness.

“You can train as much as you want, but the toughest thing is getting competition ready with the players and this all helps.”

Even if Wilshere can return to fitness and demonstrate his class in the Premier League during Arsenal’s title run in, it remains to be seen whether he can muscle his way ahead of Roy Hodgson’s other options.

The likes of Dele Alli, Eric Dier, Ross Barkley, Adam Lallana and James Milner look well placed to travel, while Fabian Delph, Michael Carrick and Danny Drinkwater remain in contention for a spot on the plane. Jordan Henderson’s hopes of featuring have been dented by a recent injury, while Mark Noble is yet to make an international debut as his hopes surely fade.