Chelsea travel to Wales on Saturday to face Swansea City in the Premier League.

Antonio Conte was confirmed as Chelsea’s next manager this week. Popular interim boss Guus Hiddink has six games left to try to preserve his unbeaten top-flight record this campaign.

The veteran Dutchman has been giving youth a chance in recent weeks, with the surrendering champions 10th in the table and realistically out of reach of the Champions League places.

Here, CaughtOffside suggests the starting lineup that Hiddink should name at the Liberty Stadium, with an emphasis again on finally pushing forward some of Chelsea’s young talents.

SEE MORE:
OPINION: Antonio Conte could be Jose Mourinho 2.0 for Chelsea – NOT in a good way
Chelsea hoping to get Antonio Conte the best goalscorer in Italy
Chelsea to consider £71m offer for star man as they plot Antonio Conte era

Has started every one of Chelsea’s 15 league matches unbeaten under Hiddink.

Has been enjoying a run in his natural right-back position since Branislav Ivanovic was shifted inside.

According to WhoScored, John Terry and Kurt Zouma remain sidelined, and Gary Cahill is still a doubt, so Ivanovic will continue to play centrally and look after the captain’s armband. 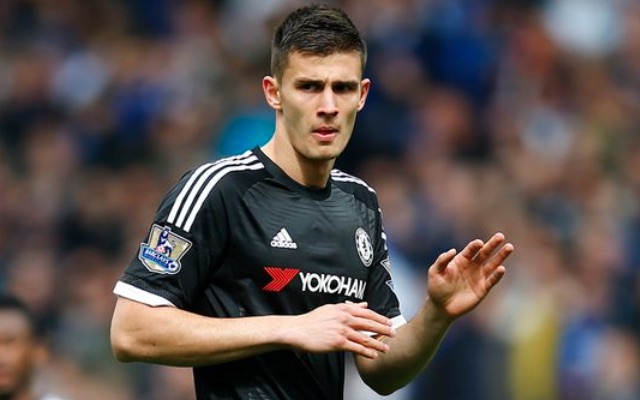 The Brazilian, 20, was substituted at half time against Villa after starting in attack. He seems a better long-term prospect than Baba Rahman, so should be squeezed into the side at left-back.

The Nigerian brings some valuable experience to a side which comprises of four under-21 players.

Fabregas has established an effective pairing with Mikel which has kept Nemanja Matic on the bench.

Has been left out of Chelsea’s starting lineup for the last four games after a run of four goals in five matches. Should be restored, especially if Willian is unavailable as he was at Villa Park.

Chelsea fans have been waiting for the 20-year-old to be pushed into the first team for a while and will hope that last weekend’s maiden Premier League goal versus Villa is the start of something special.

The Spaniard has four goals in his last four league outings – although all against the division’s bottom two sides. He should keep Eden Hazard on the bench even if the Belgian was not suffering from injury.

Sixty-four days after signing for Chelsea – Pato’s debut against Villa was worth the wait. He scored Chelsea’s second from the penalty spot, and played a role in both of Pedro’s second-half brace.

With Diego Costa suspended and Loic Remy having joined the injury list with a groin problem, as Standard Sport reports, the Brazilian loanee is in line for a first start at the head of the attack. 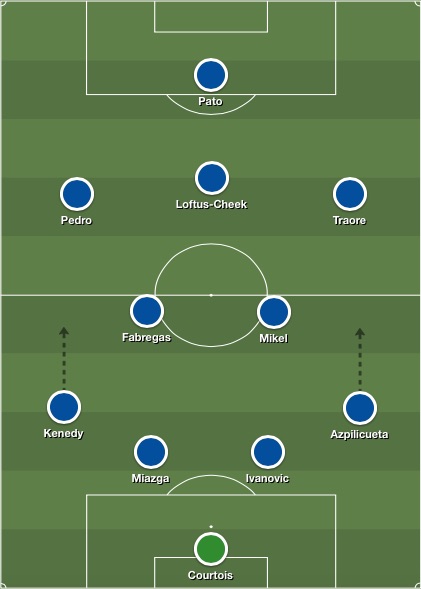