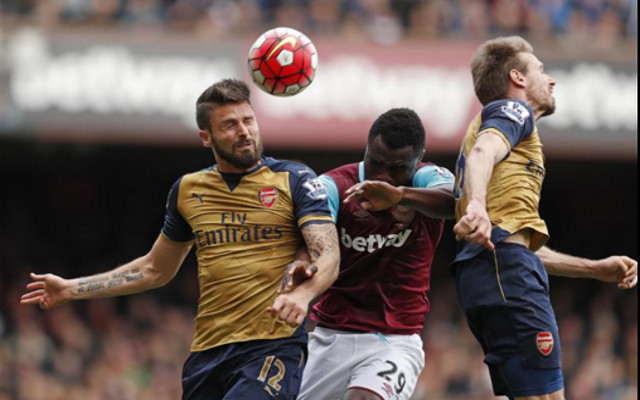 Arsenal’s dominance in the majority of their London rivalries has often been crucial to their Premier League success, but the team appears to have taken a significant step back in that regard – and it has cost them dearly.

According to stats from Squawka Football, Arsenal have claimed just 6 out of 21 possible points from matches against London rivals Chelsea, West Ham United, Crystal Palace and Tottenham Hotspur.

The Gunners were swept by Chelsea, drew twice with the Spurs, beat Crystal Palace and lost at home to West Ham before drawing with them earlier today. Arsenal’s final London rivalry match will be against Crystal Palace on April 17.

Win, lose or draw though, Arsenal will finish the season with well under 40% of the available points from matches against London teams they often dominate. Those crucial missed points have also cost the team arguably their best shot at the Premier League title in over a decade.

At 10 points behind Leicester City with 18 left to take, the season isn’t mathematically dead, but it certainly appears to be on life support. At the very least they’ll be holding on to the third of four Champions League spots with everything they’ve got.