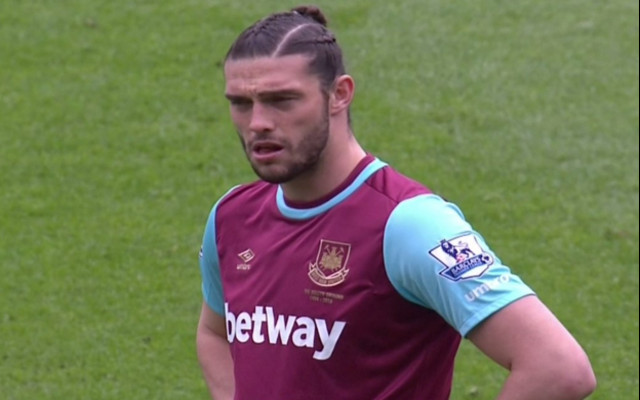 One of the best goals of the Premier League season was waved off today on an offside call that almost everyone at Boleyn Ground knew was wrong.

During Saturday’s match between West Ham United and Arsenal, a cross to veteran Andy Carroll that the West Ham forward caught with an incredible overhead bicycle kick which bounced to Manuel Lanzini, who followed through to put it into the net past David Ospina.

Unfortunately, after a moment’s celebration, the linesman waved off the goal with the offside flag.

The only logic behind raising the flag would be if he was so distracted by the beauty of Carroll’s goal that he did not notice Arsenal right-back Hector Bellerin clearly playing Lanzini onside.

Arsenal quickly made West Ham curse the mistake of the assistant referee. Less than two minutes later, the Gunners took a 1-0 lead thanks to a strike from star midfielder Mesut Ozil.

West Ham have not lost a league match at the Boleyn Ground in 13 appearances. If they lose that record today, the linesman in question would be well-served to keep his distance from the stadium.