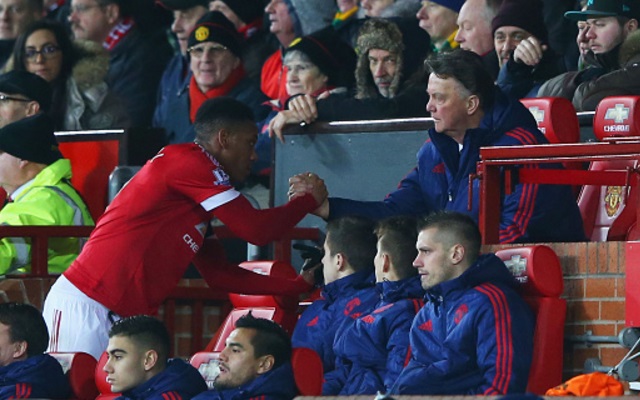 The Dutch coach showed immense support in the France international when he spent £36 million [fee as per BBC Sport] to sign the youngster from AS Monaco in the summer, making him the most expensive teenager in the game.

Martial hasn’t always looked the part this season, and while he has scored eight goals and contributed three assists in 25 showings so far this term, it remains to be seen whether the wonderkid can be the man to bring the good times—and the success—back to Old Trafford.

Even greater doubts surround van Gaal, who has struggled to build on last season’s success, and after falling in the Champions League group stage, looks unlikely to take the Red Devils back to the continental high table this season.

Ahead of United’s testing bout against Tottenham Hotspur on Sunday, van Gaal’s side sit four points behind rivals Manchester City in the race for the fourth spot.

However, despite the persisting concerns at the club, Martial has offered his support for the Dutch coach.

“I appreciate van Gaal a lot,” Martial began, speaking to Telefoot. “He’s always had confidence in me.

“The fans are truly behind us,” he continued. “The English really love football.”