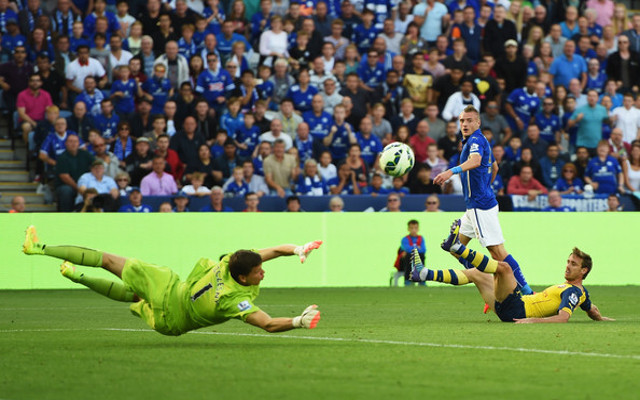 Maybe Wojciech Szczesny is just hopping on the bandwagon or maybe he really doesn’t like how the team treated him – whatever the case may be, the loaned-out Arsenal goalkeeper has made his preferred choice to win the Premier League title very clear.

In an interview with Sky Sports, Szczesny revealed that he wants Leicester City to hoist the trophy at the end of the season – and not his employers at Emirates Stadium.

‘No one in football can explain the Leicester miracle,’ Szczesny said.

‘Even though I support Arsenal in the Premier League, I’d like to see Ranieri’s side win it.

‘They’re an example and an inspiration to everyone. It’s exciting to watch them play.’

Szczesny is currently on loan to AS Roma after making 181 appearances for the Gunners from 2009 to 2015. However, various off-the-field issues led to a falling out between him and Arsene Wenger, and he was benched for a large portion of the end of the 2014-15 season. He was the starting goalkeeper for Arsenal’s 4-0 FA Cup Final win over Aston Villa – which was ultimately the last game he would play in a Gunners uniform.

During the 2013-14 season, Szczesny won the Premier League Golden Glove award, which he jointly shared with then-Chelsea stopper Petr Cech. Ironically, Cech would replace Szczesny as the Arsenal starting stopper prior to the start of the season following his transfer from Chelsea.