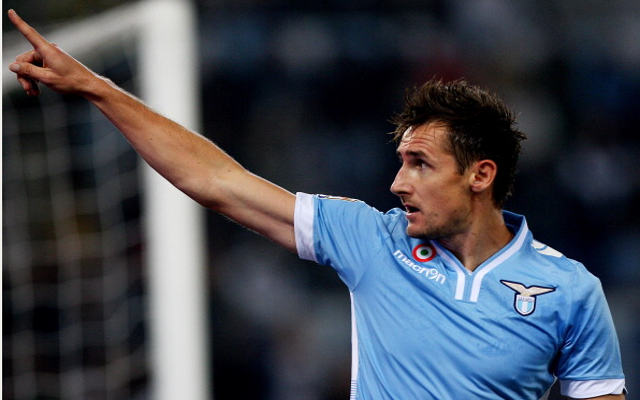 Lazio secured a comfortable 3-0 win over Palermo in Sicily on Sunday night, although scenes off the pitch will dominate the headlines.

Miroslav Klose put the visitors in control with a first-half brace, but that only added to the tension in the stands after arrests were made prior to the game with fights breaking out in the city between rival supporters.

With their team adding to their frustrations, the Palermo ultras continued to air their feelings and proceeded to throw flares, fireworks and other objects onto the pitch which forced two suspensions of the match.

Referee Andrea Gervasoni gave the game every opportunity to continue, and eventually added seven minutes of injury time at the end of the second half given the halts in play.

Felipe Anderson added a third for the visitors who celebrated a win on Simone Inzaghi’s debut as coach, and that will certainly alleviate some of the pressure on the Bianconeri following a run of poor results and Stefano Pioli’s sacking.

Nevertheless, the image that will undoubtedly create plenty of debate on Monday morning will be Antonio Candreva narrowly avoiding a firework exploding in front of him.

The Italian international was seen running past it as it lay on the pitch, only for it to go off seconds later as tempers continued to flare in the stands.

Fortunately, the players and officials all avoided any injury, but it was a disappointing sight to see as Palermo continue to sit in the bottom three and run the very real risk of being relegated this season.

With six games remaining, the Sicilian outfit sit in 18th place and level on points with 17th-placed Carpi, although they have now gone 11 games without a win.