The Reds thoroughly outclassed the Potters at Anfield in one of the finest performances since the German coach’s arrival.

Moreno opened the scoring with a rocket after eight minutes, but while Bojan equalised 14 minutes later, Liverpool moved into a different gear to see off their opponents.

Daniel Sturridge fired the Merseysiders into the lead into the 32nd minute, before Divock Origi added a third in the 50th minute, before following on from his fine performance against Borussia Dortmund with the fourth goal of the match to compound a miserable afternoon for Stoke. 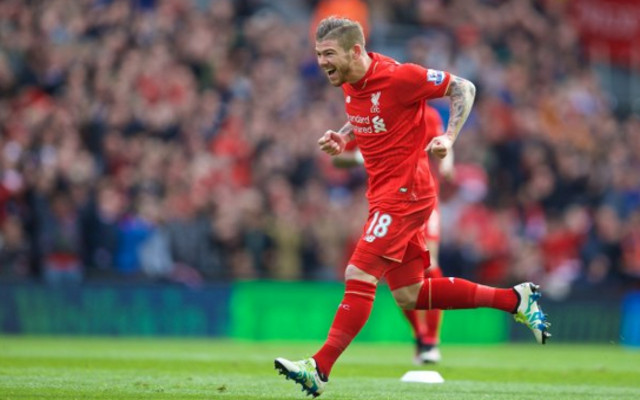 While Origi, Sturridge and two-assist James Milner all impressed, Klopp singled out Moreno for immense praise after the contest.

“I would say Alberto [Moreno] had his strongest performance since I’ve been here,” Klopp told journalists after the match, as reported by the Express.

“The goal gave him confidence, but he was concentrated, good in defence, very good in our build-up and changed positions, played in the half-space and so that was good.”

Moreno hasn’t always looked the part since moving from Sevilla in 2014. The Spain international has featured 28 times in the Premier League this season, and while he has contributed two assists, the goal against Stoke was his first of the campaign.