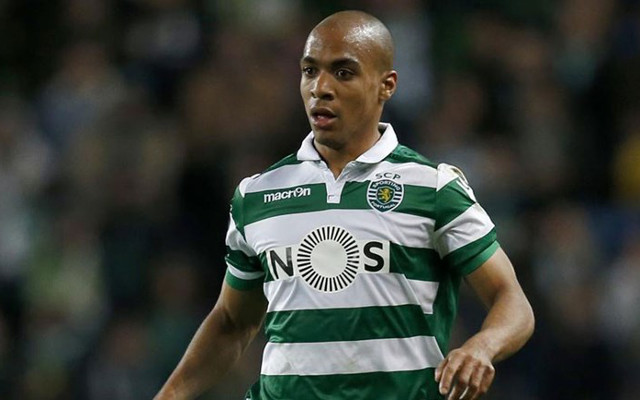 Sporting CP midfielder Joao Mario is a highly sought after target and has been desired by multiple Premier League clubs. Although Mario is one of the Primeira Liga giants’ most prized players and has been given a massive price tag, it has not discouraged Arsenal from retaining interest in the young star.

According to TMW, Arsenal are still interested in signing the 23-year-old Portugal midfielder despite him being under contract with Sporting until 2020. Mario was previously given an estimated price tag of £55 million.

Mario has equaled his career-high in league goals with five goals along with nine assists in Primeira Liga as well as a goal and an assist in the Europa League. He has started 35 of 38 games played for Sporting this season.

Arsenal have struggled to get goals from any midfielder not-named Mesut Ozil. Top winter signing Mohamed Elneny has shown significant progress as has youngster Alex Iwobi, but neither of them have been enough to help the club achieve their goals in the Premier League title push.