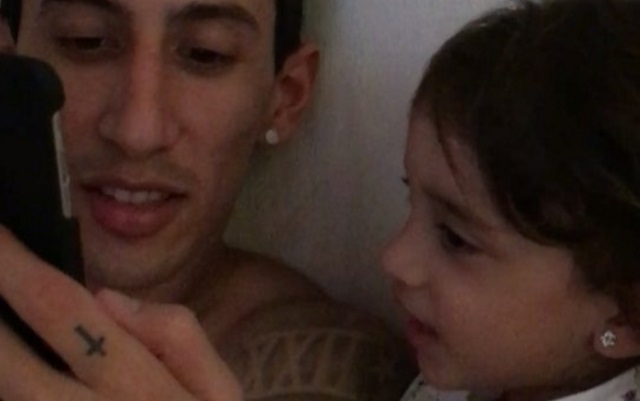 Angel Di Maria has shared a clip on his Instagram channel of the winger’s attempts to perfect his French along with his daughter.

The brief window, shared on the wideman’s WAG’s Instagram channel, @jorgelinacardoso26 shows the international using his mobile to try and improve his language skills, which clearly need a bit of work!

“Learning to speak French with daddy,” reads the caption, with Jorgelina clearly proud of her budding linguists.

Di Maria has turned his fortunes around after leaving Old Trafford for Paris Saint-Germain last summer. The forward has managed 24 showings in the French top flight, contributing 11 assists and scoring nine goals as the domestic giants have romped to the Ligue 1 title in record quick time.

Di Maria’s campaign comes in stark contrast to his time at Manchester United last season. The international scored three goals and contributed 10 assists at Old Trafford, but was never truly trusted by Louis van Gaal and became a peripheral figure at the club.

The Argentine winger began his career at Rosario Central, and shone at Benfica before switching to Real Madrid in 2010.

He won the Champions League, the Spanish title and the Uefa Super Cup during his time at the Bernabeu.