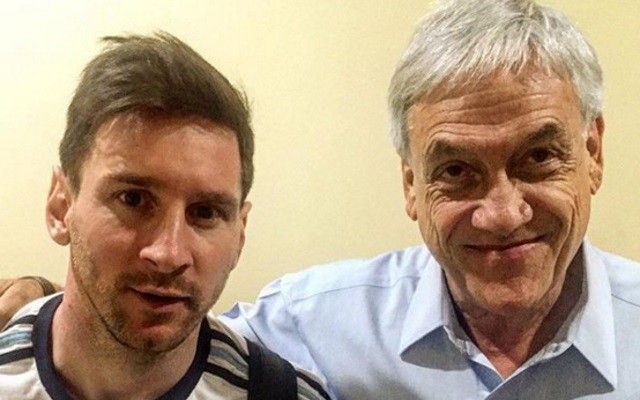 A strange rumour is spreading around Chile; could the national president Sebastian Pinera be responsible for Lionel Messi‘s recent poor form?

The Barcelona superstar drew a blank on Wednesday evening, as the reigning European giants were eliminated from the Champions League at the hands of Atletico Madrid.

Messi failed to make an impact as an Antoine Greizmann double cancelled out a Luis Suarez-inspired victory from the first leg.

In missing out with a late free kick, Messi extended his goalless run to five games—his worsr run since April 2010. He hasn’t scored since a 3-1 victory over Arsenal in the round of 16, and has subsequently failed to find the net for the last 452 minutes.

Barca’s decline was celebrated in Chile, where the population haven’t forgiven the Catalan giants for their decision to axe Alexis Sanchez.

Twitter user @franvgo has a theory to Messi’s decline.

The diminutive superstar met Chilean president Sebastan Pinera after having found the net for Argentine against Bolivia during the international break…and hasn’t scored since.