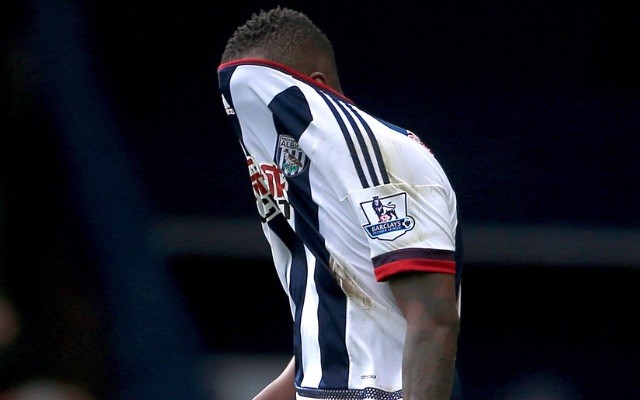 Saido Berahino might as well write this season off and start again next year.

A difficult campaign for the West Bromwich Albion striker hit a new low this afternoon as he had TWO penalties saved by Heurelho Gomes in Watford’s 1-0 Premier League win at The Hawthorns.

This was Berahino’s second unsuccessful spot kick. It actually was not a bad effort, but he must have wanted the ground to swallow him up as Gomes dived to palm the ball away and then gather.

It was comfortably the better of the two penalties. To be fair to Berahino, he had some nerve stepping up for the second after this horrific first effort failed to cancel out Ben Watson’s opening goal.

The Burindi-born striker’s season has been heavily disrupted by the fallout of his failed attempt to force through a switch to Tottenham Hotspur in the last summer window, as the Daily Mail reports.

Berahino has started less than half of West Brom’s Premier League games and scored only four goals, having managed an impressive 14 last season to bring himself to the attention of Tottenham.

According to The Guardian, Berahino could yet move to White Hart Lane at the end of the season. On this embarrassing display, he certainly will not be taking penalty duties away from Harry Kane.