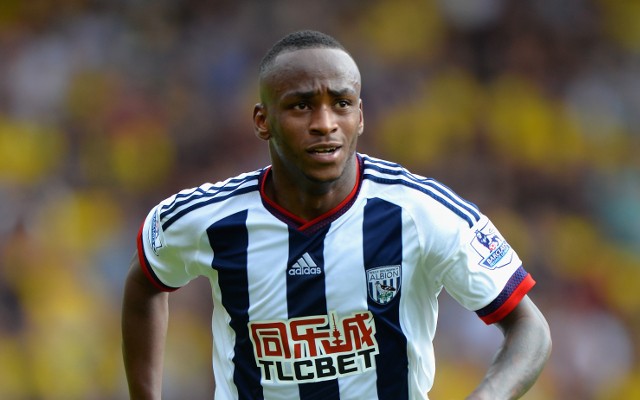 As The Sun reports, Spurs are long-term admirers of the 22-year-old, but it was Stoke who made a £21m bid for the forward in the January transfer window, according to Sky Sports.

Hughes did not mention Berahino specifically when speaking ahead of Tottenham’s visit to the Britannia Stadium, but did admit that the Potters may struggle to compete with the Premier League title contenders if they were to go head-to-head for a player in the summer.

“Spurs will always have an interest in quite a few players we are interested in,” Hughes is quoted as saying by The Sun. “There are players out there who you express an interest in but because they are good players there’ll always be other teams involved.

“If we’re being realistic, if a player has a choice of Spurs or Stoke, then we could pitch up and make a good case for them to come here. But they may feel Spurs is a more attractive option and we have to accept that.”

The Guardian reported last month that Berahino, who missed two penalties as West Brom lost 1-0 at home to Watford on Saturday, was poised to finally join Spurs at the end of the season.

His spot-kick nightmare was a new low for Berahino in a campaign which has been disrupted by transfer speculation. He has only managed four league goals, 10 less than he finished last season with.