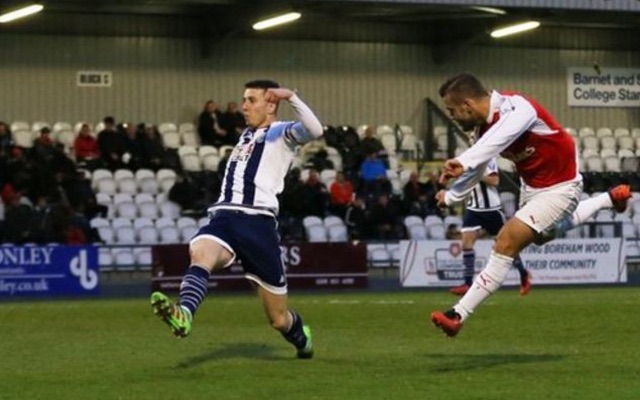 Jack Wilshere stepped up his recovery last night as he got on the scoresheet for Arsenal’s U21s.

However, it wasn’t all good news for the 24-year-old, who was playing in just his second game since breaking his fibula in August.

For a start, Arsenal’s youngsters lost 2-1 to West Bromwich Albion.

And to rub salt into Wilshere’s wounds, he was accused of “looking fat”.

I know what you’re all thinking…

To explain, Jack Wilshere is the son of England manager Roy Hodgson.

And Shaikh Abrar is an Arsenal fan and one of Pakistan’s finest Sunday League goalkeepers.