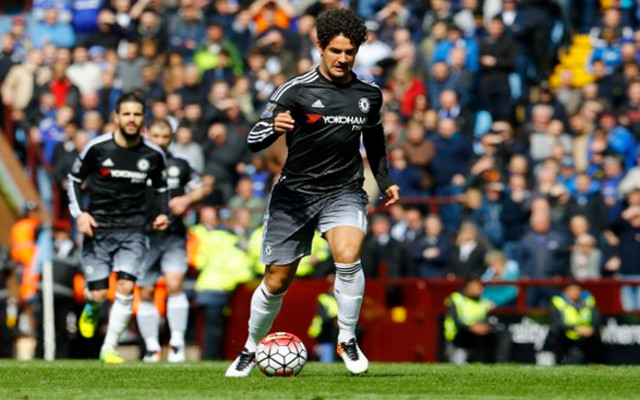 Corinthians President Roberto de Andrade has revealed that he would be happy to welcome Alexandre Pato back to the club if Chelsea don’t want to make his loan deal a permanent move.

The Brazilian striker arrived at Stamford Bridge in January but has since made just two appearances, while scoring a penalty against Aston Villa earlier this month.

With his fitness letting him down again, it could mean that his adventure in the Premier League ends earlier than he would have liked, with no suggestion as of yet that Chelsea are open to discussing a permanent transfer.

In turn, de Andrade has opened the door for Pato to return to Corinthians, although it remains to be seen whether or not the situation changes between now and the end of the season.

“He still has a contract with us which has to be honoured,” he said, according to The Sun. “So nothing has changed in the situation regarding Pato.

“So, if Chelsea don’t want him anymore and don’t pay for his transfer, then he will move back to Corinthians. And once back with us he will be used for us in our team.”

The former AC Milan striker had high hopes for his time in England, but he will be left feeling disappointed thus far that he hasn’t been able to make a bigger impact for Guus Hiddink’s side.

Having rediscovered his form during a loan spell with Sao Paulo last year, Pato isn’t necessarily guaranteed a future with Corinthians, and so he may well be in the shop window in the coming months despite what the club’s president has had to stay.

It has been a frustrating decline for the Brazilian international, who appeared set to establish himself as one of the top strikers in Europe when arriving in Milan at the age of 17.

However, a series of injury setbacks and loss of form ensured that an exit was inevitable and Pato has yet to  reach those heady heights on a consistent basis since.

Given his ability, it is hoped that he eventually finds the right the club to showcase his talent. However, based on what we’ve seen so far, it doesn’t look like it will be Chelsea.