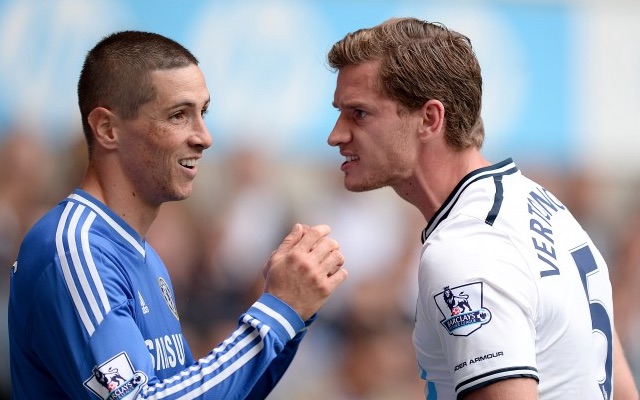 The days of the hard-as-nails Premier League defenders are long gone.

Tottenham Hotspur’s Jan Vertonghen leads a new era of cultured centre-backs in the English top-flight, and has helped Mauricio Pochettino’s side to the best defensive record in the division.

But the likes of Steve Bruce, Tony Adams and Martin Keown would be ashamed if they saw this video of the Belgian stopper squealing in terror as he played ‘What’s In The Box for Spurs TV.

It turns out that all that was inside the box was Son Heung-Min’s smelly sock, but Vertonghen’s fear of the unknown was clear as he approached the game very cautiously. Watch for yourself:

It takes a good 90 seconds for the Spurs star to put his hands on the mysterious object. Even after putting his hands on the sock, he was easily rattled by the screams of the others inside the room.

“Is it a dead animal?” Obviously it wasn’t – although a Fox’s corpse would have been symbolic. Can you imagine Vertonghen’s reaction if it was? Keown would have picked it up and eaten it whole.

*No socks were harmed in the filming of this video

SEE MORE:
Tottenham begin work on deal for ex-Chelsea star who ticks a lot of boxes
Mehmet Topal: Move to Tottenham on free transfer agreed in principle
Tottenham manager Mauricio Pochettino on Arsenal star: “I love him and he loves me”