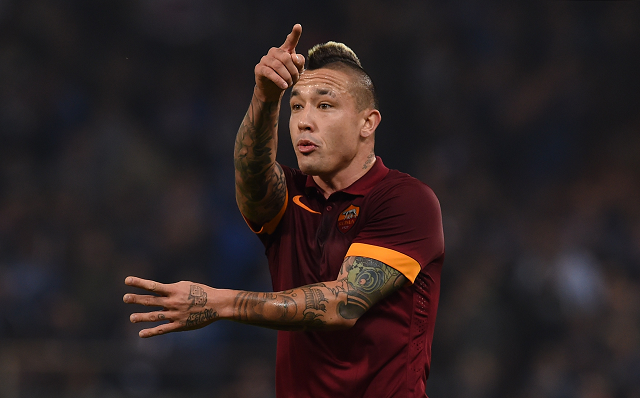 Earlier this month reports emerged that incoming Chelsea manager Antonio Conte was willing to move some significant academy products in an effort to sign Roma midfielder Radja Nainggolan. Luckily for the Blues it may not require too much to land the Belgian – just a little cash and some patience.

According to Sky Sport reporter Alessandro Alciato, Nainggolan is close to a move to Chelsea and could make the move to Stamford Bridge for a fee of around £28.2 million at the end of the season.

Prior to his 2014 move to Roma, Nainggolan played for Cagliari while Conte was winning titles at Juventus, with the pair often facing off.

Nainggolan earned Serie A Team of the Year honours for the 2014-15 season after scoring five goals in 35 Serie A appearances and helping Roma earn Champions League qualification.

Since 2009, the 27-year-old Nainggolan has 18 caps for Belgium with four goals, scoring twice for his country in the Euro 2016 qualifying rounds.