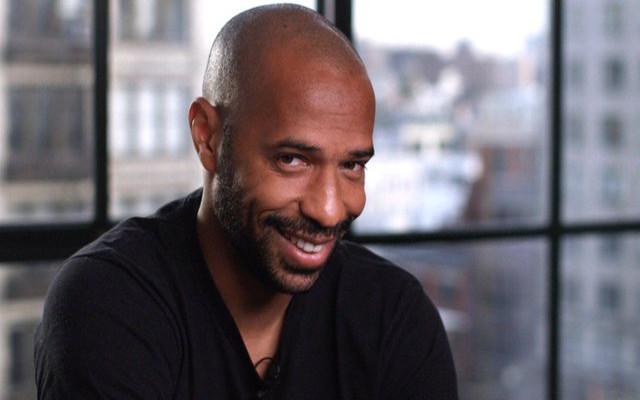 Could Thierry Henry be making a comeback to the Premier League next year?

The short answer is most likely a resounding “No”, but that didn’t stop the Arsenal and France legend from feeling so inspired by Leicester City manager Claudio Ranieri that he’d consider coming out of retirement to play for him.

Speaking on Sky Sports, the legendary striker-turned-pundit praised Ranieri for making players want to play their absolute hardest for him, and confessed that even he felt like lacing up the boots again to play for the Leicester City boss.

‘You know what I like about Ranieri? He makes you want to play again,’ Henry said.

‘I want to start my career again and play for him,’ he added jokingly.

Henry has been out of the game for over a year now after retiring from MLS giants New York Red Bulls at the end of the 2014 season.

Hypothetically, if Henry wanted to come back to England there would likely be an army of clubs waiting to offer him a deal – and his former club Arsenal probably would not be too far down the line.

But after the way Riyad Mahrez and Leonardo Ulloa played today in the absence of Jamie Vardy, maybe Ranieri wouldn’t need Henry and whatever talent he has left after all…