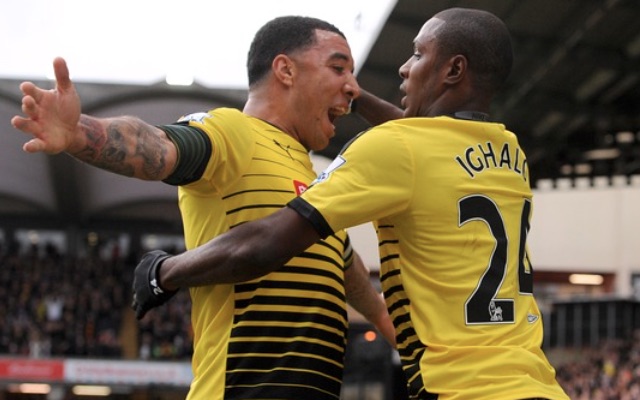 Watford captain Troy Deeney bagged his 11th goal of the season to draw his side level at 1-1 against Crystal Palace in their FA Cup semi-final clash on Sunday.

The Hornets struggled in the first half with Palace looking in control, but the momentum swung massively in their favour as they scored with their first effort on target.

Yannick Bolasie had given the Eagles the lead early in the first half, but Quique Sanchez Flores got the perfect reaction from his men after the half-time interval with a crucial goal as his captain stepped up and headed home a great corner from Jurado.

However, their joy was short-lived as Palace struck back just minutes later with Conor Wickham scoring a second for Alan Pardew’s side to restore their lead.

With the game being played a frantic tempo and with both sides creating goalscoring opportunities, it made for a wonderful cup tie.

Despite their best efforts, Watford were unable to find a second equaliser which in turn sees Palace move on to face Manchester United in the FA Cup final on May 21 after the Red Devils saw off Everton on Saturday.