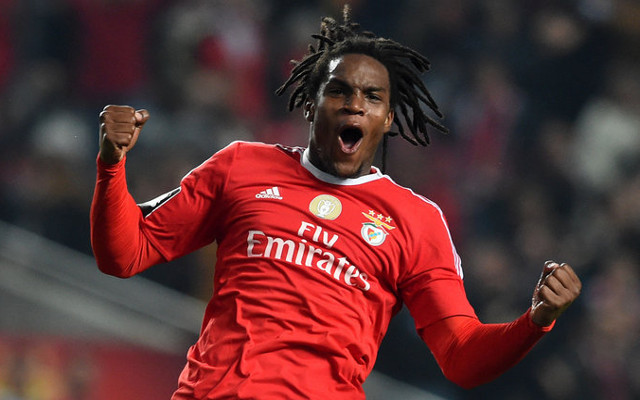 Recent reports that Real Madrid and Manchester City have been expressing interest in Benfica midfielder Renato Sanches may have made Manchester United executives nervous. After reports that the Red Devils were offering well less than what Benfica were seeking, they now seem ready to pay the full asking price for the Portugal star.

Sky Sports journalist Gianluca Di Marzio reported on Monday morning that Man United are close to a €60 million move for Sanches, to be paid out over four years.

The 18-year-old Sanches has been a star in Portugal, scoring twice in 22 appearances for the Primeira Liga giants and earning his first cap for Fernando Santos’ international side.

At €60 million, the deal for Sanches would almost certainly break the teenage transfer record that the Red Devils broke before the end of the 2015 summer transfer window for Anthony Martial.

Though several of their most recent expensive transfer deals have been flops – Angel Di Maria and Memphis Depay for examples – Man United have found star after star whenever they’ve broken the teeenage transfer record. In 2004 they broke the record for Wayne Rooney, in 2014 they broke the record for superstar defender Luke Shaw, and earlier this year they landed Martial.