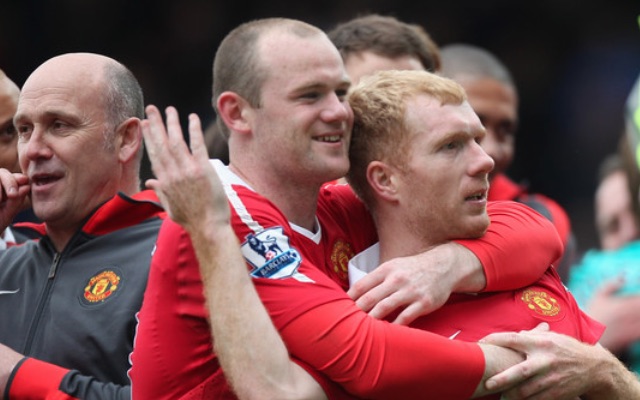 Wayne Rooney has finally acknowledged that his future lies as a midfielder and wants to model his game on Manchester United legend and ex-teammate Paul Scholes.

As Sky Sports reports, Rooney has remained insistent over the years that his best position is a central striker, but he now appears to be ready to make the transition.

The 30-year-old captain starred in the centre of the park as United booked their place in the FA Cup final with a last-gasp 2-1 win over Everton at Wembley on Saturday.

And with exciting prospects such as Anthony Martial, Jesse Lingard and Marcus Rashford impressing in forward positions, it could be a sign of things to come for Rooney.

The England skipper has revealed that he has been planning for this transition for years, by learning from one of the most-gifted midfielders this country has ever had.

He is quoted by Sky Sports as saying: “I’ve known for a few years. I have played there a few times throughout my career and I can play that position.

“I have played and watched Paul Scholes play that role for years and I always knew that one day that is where I would play, so I have tried to learn and watch what he did.

“It is still early days, but hopefully, if I keep playing there, I can develop and get better.

“We have got a lot of pace in the team now and I think I can read the game quite well – whether to go forward or stay deeper and leave the space for the other lads.

“Obviously it is down to the manager, and for the team more importantly it is the right thing to do at this moment in time.”

Rooney has played like a midfielder for years, demonstrating a work-ethic beyond most strikers and an appetite to come deep to influence the game when service is not forthcoming.

It may have been forced upon him by the amount of emerging competition for club and country, but this transition seems like the natural step in Rooney’s career, and could reinvigorate him.