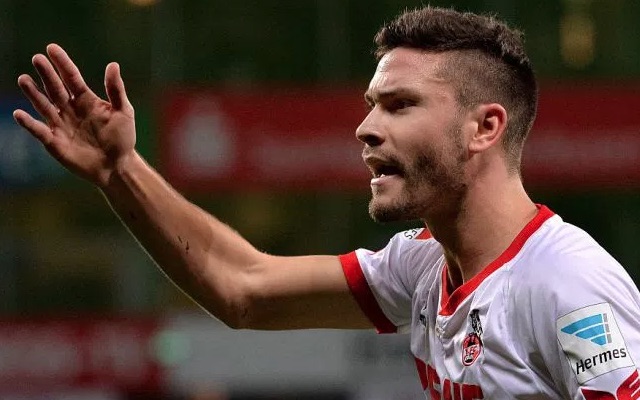 Liverpool have finally started to look like a Jurgen Klopp outfit in the past few months.

We’ve witnessed the Reds pressing like genuine Gegen kings and showing the sort of character that would make Brendan Rodgers weep with joy – that 4-3 comeback win over Borussia Dortmund being an obvious highlight.

One question that might be worrying Klopp slightly, though, is ‘are his side German enough?’

Liverpool currently have just one German on their senior playing staff, in the form of midfielder Emre Can.

However, that could change this summer, because the Metro are reporting that FC Koln left-back Jonas Hector is ready for Liverpool transfer talks.

Hector was born in Saarbrucken and spent his youth career at SV Auersmacher. My German geography is far from outstanding, but both of those place names sound scream ‘Deutschland, Deutschland!’

The Metro quotes Hector’s agent, Rainer Derber, as saying: “Koln reacted with the transfer of Filip Mladenovic to a possible sale of Jonas. We must talk to interested clubs in consultation with Koln but this will not happen before the end of the Bundesliga. He will not only benefit from a transfer, but so will Koln.”

It sounds like Hector’s agent is set for a busy summer. Whether or not that involves the 25-year-old defender relocating to Merseyside remains to be seen.

Despite Derber’s suggestion that January signing Mladenovic was brought in to replace Hector at Koln, the defensive duo have played alongside each other in their team’s last three Bundesliga games.

This rumour really doesn’t convince me, although left-back – where Alberto Moreno (reckless), Jose Enrique (finished) and Brad Smith (ok, but not Liverpool-standard) are their current options – is one of the positions I expect the Reds to address during the next transfer window.