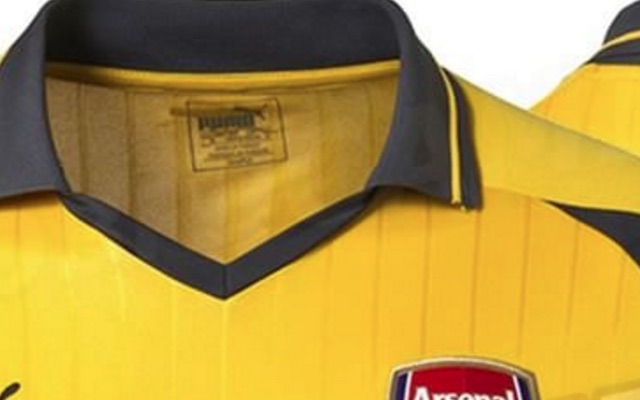 Arsenal supporters have endured another season filled with false hope.

Once again, their team have failed to deliver the Premier League title. And, to make matters worse, St Totteringham’s Day appears to have been cancelled.

But, fear not, you loyal Gooners. For the start of the cycle will soon be upon us.

Yes, right now excuses are being thrown around and blame is being dished out.

The injury gods were so unfair. Arsene Wenger’s conservative transfer policy is ruining this HUGE club. You know, that sort of thing.

But in just a few months, a new dawn will come, with fresh optimism and the naive and forgetful belief that it will all be different this time.

Of course, before a new season can begin these days, a new set of kits must be produced and launched.

Todo Sobre Camisetas are the go-to guys when it comes to getting sneaky peaks at new strips before they are officially available.

The reliable kit-leakers claim to have tracked down the new Arsenal away shirt, which they shared images of via Instagram.

It’s good news for fans of the polo collar!