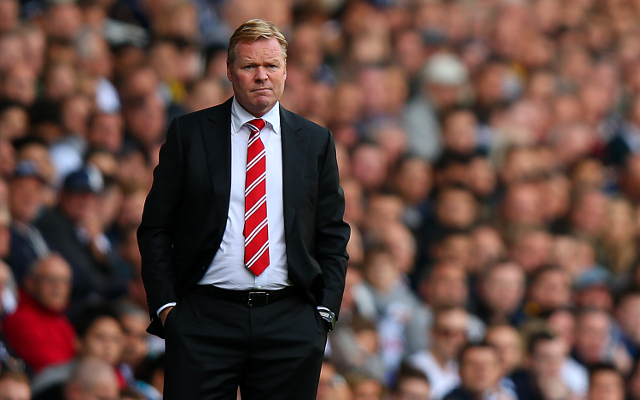 Ronald Koeman is reportedly at the top of Arsenal’s list of possible successors for Arsene Wenger, when the Frenchman eventually decides to leave the club.

Having now spent two years as manager at Southampton, the Dutchman is understood to have impressed the Arsenal hierarchy with his work at St. Mary’s.

In turn, he is now regarded as the top choice to replace Wenger who still has one year remaining on his current deal with the Gunners, as reported by The Sun.

The French tactician is likely to see out his deal, which in turn will give the north London outfit a chance to continue to put plans in place to be ready to appoint the perfect successor to ensure that they make progress rather than become unstable after what would be their first managerial change since 1996.

As protests from the supporters are expected to gather pace this weekend, it comes as Arsenal have essentially failed to deliver in a season where they seemingly had the perfect opportunity to end their wait for a Premier League crown.

Despite leading the table in January, a poor run of form saw them drop off the pace and crash out of the Champions League as well as the FA Cup to leave them without a trophy this year.

That is simply not good enough for a club of Arsenal’s stature, and as a result plans are reportedly being made to ensure that their lack of silverware doesn’t continue in a post Wenger era.

The Sun claim that the likes of Diego Simeone and Laurent Blanc have also been included on the list of potential candidates for the job, but neither appear to fit the bill quite like Koeman.

Following on from a glittering playing career, the Dutchman has impressed with his tactical nous and football philosophy at Southampton in particular, and it would seem like a better fit for Arsenal given the culture and style of play instilled by Wenger.

The 53-year-old has a year left on his deal with the Saints, and an opportunity to coach a club the size of Arsenal could arguably be too appealing to turn down.

While he may not be the biggest or most fashionable name in the eyes of many Arsenal supporters, he would certainly be capable of extending their current traditions while adding his own interpretation to ensure that they move in the right direction.