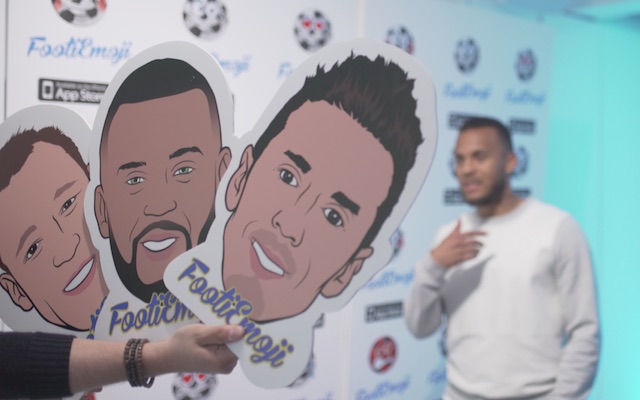 The IOS app has been created by Bertrand and business partner Louis Bell, and also has the backing of two players to have captained the England international in his career.

‘Footiemoji’ is billed as the app for football fans that features branded emojis for teams and players, and Betrand and Chelsea skipper Terry seem pretty excited about its potential.

“We had seen a range of emoji apps enter the market and it struck us that nothing like this existed in football,” Bertrand said. “We are privileged to have fans who are hugely passionate about their favourite teams and players, so we wanted to create something that will help them mark this support in a new and fun way.

“Emojis have become part of everyday communication for lots of people so we worked hard to create Footiemoji as we want to provide fans with a completely new way to show off their passion for football. Quite simply, we hope people using Footimoji have a lot of fun with it.”

Terry added: “I had seen emoji apps for sport in the US and thought they were a great idea. Consequently, when Ryan told me about his plans to launch Footiemoji, I was on board immediately. I really hope the fans like it as much as I do.”

‘Footiemoji’ will allow teams of over 35 teams to add branded emojis in their digital communications and is looking to expand ahead of Euro 2016 and Copa America this summer.

The next Facebook it ain’t, but look out for it appearing on a phone near you soon.

John Terry and Ryan Bertrand were speaking at the launch of the FootiEmoji app which is available worldwide through the Apple store now.