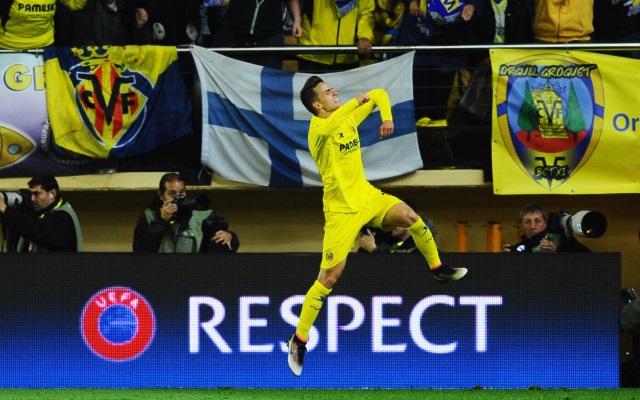 Indeed, as noted by insiders at El Madrigal, the Gunners sent their chief scout Steve Rowley to to watch the deep-lying playmaker in action for the Yellow Submarine against Liverpool in the Europa League on Thursday evening.

Villarreal weren’t able to dominate the possession, and while they managed fewer strikes than their visitors, they ultimately nabbed a potentially vital victory when Adrian Lopez broke the deadlock in the 92nd minute.

Suarez—who was previously on the books of Manchester City before moving to Barcelona in 2013—impressed on the left flank of Villarreal’s 4-4-2 formation.

Indeed, it was the 22-year-old U-21 international who provided the vital assist for Lopez’s late winner, one of two key passes he contributed on the day.

Our sources indicate that Arsenal have been monitoring the player for some time, and are considering a move to bring him to the Emirates Stadium at the season’s end.

However, they may yet face competition from Barcelona, with the Daily Mail also reporting that the Catalan giants are keen on re-signing their former talent this summer.