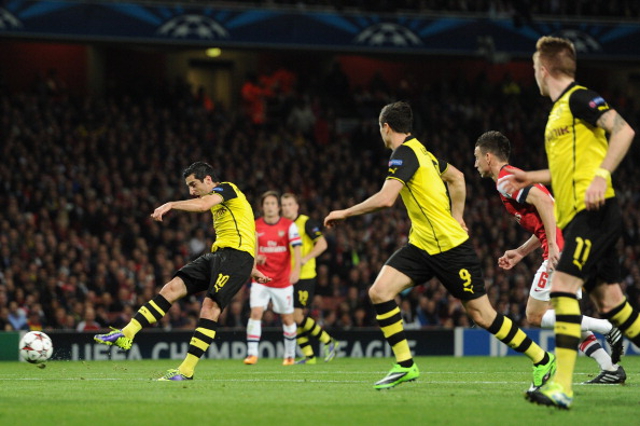 According to reports, Arsenal have joined the hunt to sign Borussia Dortmund playmaker Henrikh Mkhitaryan.

The Mirror state that the Gunners are looking for quality signings to move on from another season of under-achievement, and Arsene Wenger clearly sees Mkhitaryan as an ideal addition.

The 27-year-old has just one year left on his contract with BVB, and having not yet signed a new contract, this summer represents the German giants’ last opportunity to cash in on the player, unless they can tie him down to a new deal.

Mkhitaryan, who excels as a No. 10, but who can also operate on either flank or in a deeper role, is enjoying an excellent campaign in the Bundesliga.

To date, the forward has managed 11 goals and 13 assists in 29 outings in the German top flight—of which 26 have been starts.

Indeed, the Armenia international currently leads the division’s assists chart, and only Robert Lewandowski and Pierre-Emerick Aubameyang have made more decisive contributions.

The Yerevan-born star moved to Dortmund from Shakhtar Donetsk in 2013, and the prospect of him linking up with the likes of Alexis Sanchez and Mesut Ozil is tantalising.