Didier Drogba is friends with rap icon 50 Cent. Who knew?

The Chelsea legend congratulated ‘Fiddy’ – real name Curtis Jackson – on the opening of his luxurious Moroccan holiday resort on Instagram, referring to the musician-turned actor as his ‘bro’. 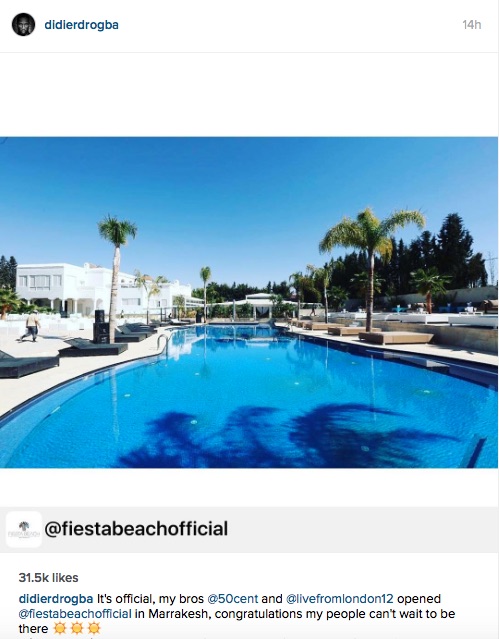 I have learned through further research that ex-Blues striker Drogba, who nowadays plays for Montreal Impact in the MLS, previously nominated 50 Cent when doing his ALS ice bucket challenge in 2014.

And if you’re bros with 50 Cent, that makes you a pretty cool dude – if you’ll pardon the pun.