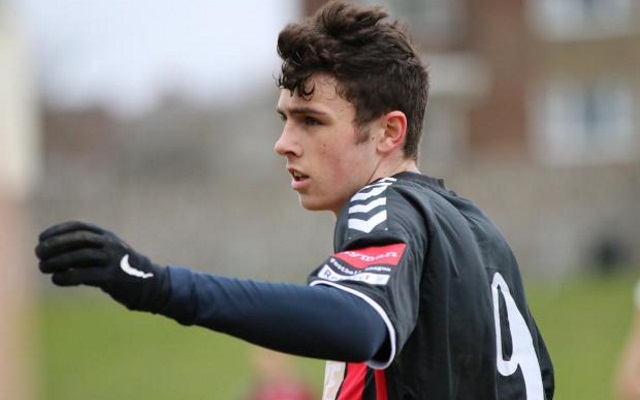 The 16-year-old, who has been making headlines recently in non-league action, has also caught the eye of unlikely league leaders Leicester City.

The teenager has been given the moniker ‘the new Jamie Vardy’, and it’s easy to see why.

Like Vardy, the youngster can thrive not just as a centre-forward, but also as a wideman, where he has impressed with his speed, movement and direct running.

Similarly, like England international Vardy—who represented Stocksbridge Park Steels until as late as 2010—Coppola has emerged to prominence in non-league football, an oft-overlooked breeding ground for the talent of tomorrow.

While Vardy made his way to the top via FC Halifax and Fleetwood Town, Coppola looks set to get to the Premier League much sooner, having already gone on trial with Leicester.

While the Foxes have seen enough to begin moves to sign the player, they may now face competition from a trio of EPL heavyweights, with Chelsea, Arsenal and Manchester United all keen on his signature.