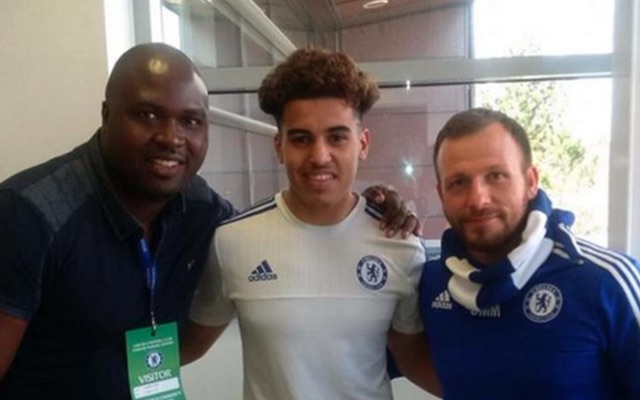 And his manager at Lewes has tipped him to earn a Premier League contract.

El-Mhanni scored in a 3-1 win for Chelsea’s U21s over Middlesbrough to improve his chances of making it at Stamford Bridge, and Lewes boss Darren Freeman would give him his blessing.

“I don’t think Yasin will be with us next year,” Freeman told The Argus.

“He has an opportunity now and he has done very well.

“There is a long list of clubs that are chasing Yasin and quite a few are from the Premier League.

“He is at Chelsea at the moment and is training with the first team.

“I would be surprised if he was still at Lewes next year and in a good way I hope he isn’t.

“It is always pleasing seeing someone you have been involved with making their dreams come true.”

According to the Daily Mail, El-Mhanni has earned the nickname of the ‘non-League Riyad Mahrez’, with his trickery having first come to light courtesy of YouTube skill videos.

The 20-year-old joined Lewes, who play in the Isthmian League Premier Division, in October and made 14 appearances before he came to the attention of those higher up the pyramid.

The Daily Star reports that he was on trial at West Bromwich Albion earlier this season, and that Leicester City, where he could link up with Mahrez, are also fans of his talent.

The fairytale of Jamie Vardy at Leicester seems to have encouraged teams from around the Premier League to scour the non-league for possible gems. Could El-Mhanni be the next one?