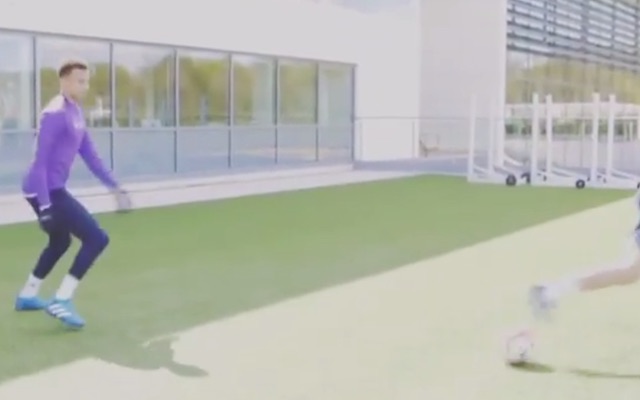 The 20-year-old’s position as the Prince of the Premier League was confirmed on Sunday night as he was named as the PFA Young Player of the Year, to mark a stunning debut season with Tottenham Hotspur.

Alli was brought back down to Earth with a thud on Monday, though, as Spurs failed to beat West Bromwich Albion – a result which left their title bid all but dead.

To make matters worse, Alli was caught on camera throwing a punch at Baggies midfielder Claudio Yacob –  an indiscretion that we see him ruled out of the season’s finale through an FA suspension.

And, as that wasn’t enough, Alli got mugged off in training on Wednesday, by one of Tottenham’s centre-backs!

Alli was casually watching Jan Vertonghen dribble around ghosts when the Belgian star’s mesmerising feet prompted him to lunge for the ball, which came nowhere near him.

Harry Kane, who had been watching, then proceeding to banter Alli off by mimicking his teammate’s embarrassing reflex reaction.

Where are you going?? @delealli36