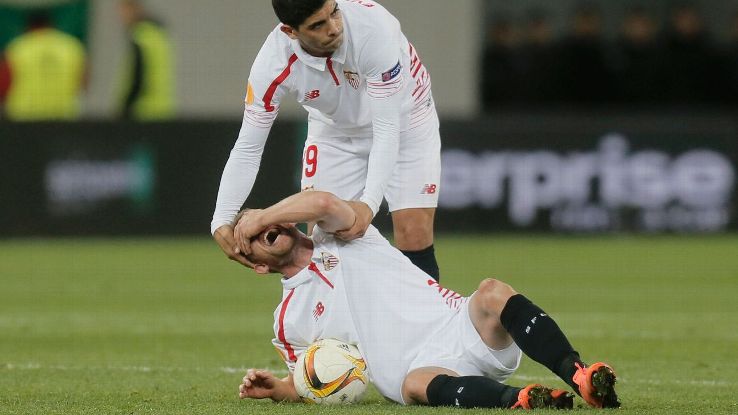 The two sides played out a 2-2 draw in their semi-final first leg, but the contest was marred late on when Krohn-Dehli was stretched off in some discomfort.

The midfielder, who had entered the contest as a second-half substitute, picked up possession in the 70th minute, but as he attempted to turn under pressure, his knee gave way under pressure and the Denmark international fell to the turf.

Krohn-Dehli screamed in agony as he lay on the pitch, and as this footage shows, it’s easy to see why he was in such pain.

He received treatment and was replaced, and it would be surely be a major surprise if he featured again this season.

Visiting Sevilla opened the scoring through Vitolo’s early goal, but were 2-0 behind just after the half-hour mark when Marlos and Taras Stepanenko responded for the home side.

However, ten minutes after Krohn-Dehli’s departure, Kevin Gameiro scored from the spot to level the contest and leave Sevilla on course to retain their Europa League title.