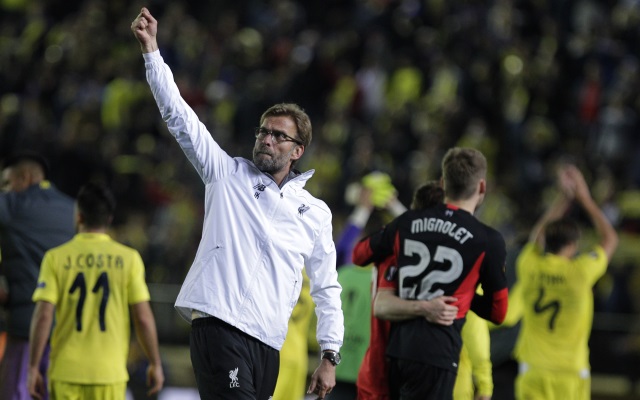 Liverpool great Steve McManaman has offered some hope for Jurgen Klopp‘s side after their Europa League semi-final defeat to Villarreal.

Speaking to BT Sport after the match, the former England international expressed his confidence that the Reds would have little trouble overcoming the Yellow Submarine in the next leg if they can perform to their full potential.

Liverpool largely held their own at the Madrigal on Thursday evening, but were outdone by a stoppage time winner from Adrian Lopez, whose fine finish proved to be the difference between the pair and settled an occasionally tempestuous first leg.

Liverpool—who saw off Borussia Dortmund following an exceptional showing in the quarter-finals at Anfield—will surely be quietly confident that, back at Anfield, they can do enough to see off the Yellow Submarine.

McManaman is certainly confident, as he told BT Sport in this clip.

“I think if Liverpool showed any positivity and the game flows like it did today,” the former Real Madrid wideman began, in his role as pundit, “and with the magnificent crowd at Anfield, Liverpool should run all over them.”

Looking back at the Reds’ outstanding showing in the quarter-final, when they scored three times in the last 25 minutes to see off Klopp’s former club BVB, McManaman insists that his former employers have already overcome tougher challenges than that which faces them now.

“[Villarreal] were not as good as Dortmund and they certainly weren’t as good as Manchester United,” he continued. “Liverpool had harder battles against those two teams than this.”