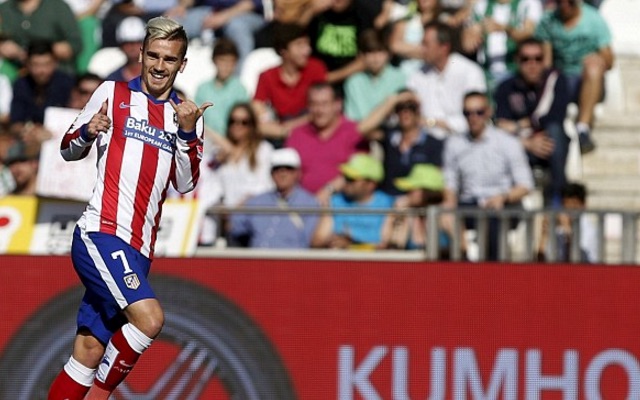 France star Antoine Griezmann has been the subject of transfer talk for what seems like an eternity.

The Atletico Madrid goal machine was being linked with Chelsea and Bayern Munich this time last year, when The Mirror reported that the Blues and the German champions were plotting to trigger his £43m buy-out clause during the summer.

Neither did and that clause has since been removed from Griezmann’s contract.

However, The Sun are now claiming that the 25-year-old is a £65m target for Manchester United.

SEE ALSO:
New Man United away shirt leaked
£30m from Chelsea despite being sacked… now Man United could pay Mourinho for doing nothing too
Ryan Giggs marriage in turmoil as Man United’s superstar love rat gets caught chatting up waitress

Chelsea and Bayern are also still keen, add The Sun, who now credit Paris Saint-Germain with an interest in the former Real Sociedad man as well.

Griezmann’s value rocketing up by £22m in just 12 months is no surprise when you consider that he has hit the net 31 times for club and country this season.

He has also provided six assists in La Liga and Champions League games during the 2015-16 campaign.