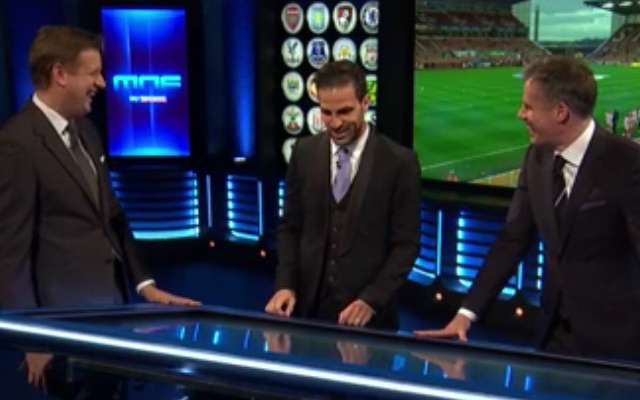 Anything other than a win for Mauricio Pochettino’s men would hand the Foxes the title, and should such a scenario present itself, then it would ultimately lead to the perfect job from a Chelsea perspective following comments made by their players in recent weeks.

The Premier League title race has been enthralling to say the least this year, with a handful of usual suspects missing from the equation which in turn has led to Claudio Ranieri’s side emerging from the pack as the most consistent outfit.

While Tottenham have done brilliantly to stay on their tails, they now face the disappointment of missing out on the title with their bitter city rivals standing in their way.

It’s arguably the perfect scenario for the Blues, with a whole host of their players insisting that they didn’t want Spurs to win the title this year.

From Cesc Fabregas and his appearance on Monday Night Football, to Eden Hazard stating his desire to see Spurs miss out as noted by the BBC, to Willian echoing his teammate’s sentiments in an interview with Sky Sports.

Although every player has their preference, the fact that this trio has been so open about it is questionable to say the least, particularly given that they still have to play both Tottenham and Leicester and could have had an even more significant bearing on the outcome of the season.

While the potential for controversy could be limited on Monday night if Chelsea avoid defeat, it would be a satisfying night for the club’s players and supporters if they can end Tottenham’s dream.

Having experienced a bitterly disappointing season of their own with nothing left to play for in the closing weeks of the campaign, this has certainly given the players something to think about and remain motivated for.

There’s nothing wrong with having those opinions, but they should never have made it public knowledge in what was seemingly an attempt to pander to the supporters. However, it not only opens the door for controversy, but leaves them at risk of being scrutinised for no reason.