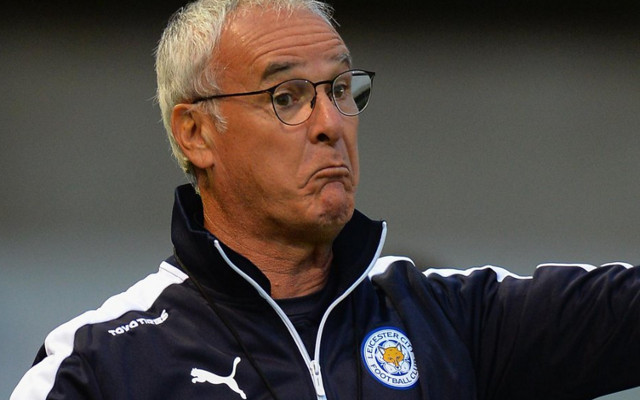 If the final page in the greatest story in the history of English football is written tomorrow when Chelsea take on Tottenham Hotspur, at least one Leicester City fan won’t be watching – namely, manager Claudio Ranieri.

In a post-match interview following the Foxes’ 1-1 draw against Manchester United, the Leicester City manager revealed that he will very likely be unable to see the match that could decide his team’s title fate as he will be on a plane traveling from from Italy to England.

Claudio Ranieri reveals he won’t be watching Chelsea v Tottenham tomorrow as he’s on a flight back from Italy! pic.twitter.com/FtmNTjmg7j

According to NBC Sports, the reason Ranieri is making the trip to Italy in the first place is to have lunch and spend some quality time with his 96-year-old mother. (Bless her heart!)

Leicester City will clinch the Premier League title if Tottenham Hotspur lose or draw at Stamford Bridge against the reigning Premier League champions.

Though Ranieri may not watch the game, one can certainly wager that every Leicester City player, fan and even some of their foes will be watching the game with baited breath, hoping to witness history.