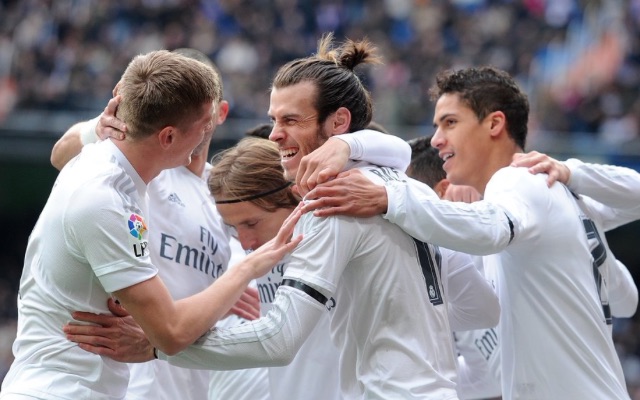 So impressed was Karim Benzema with Gareth Bale‘s header against Real Sociedad, that the French striker took a moment to acknowledge his Real Madrid teammate on social media.

Writing on his @Benzema handle, the hitman noted just how important Los Merengues’ victory was, and identified Bale’s ‘golazo’ as the decisive factor in a testing—but ultimately successful—day at the office.

“A fundamental win,” Benzema wrote, “thanks to a ‘golazo’ from Gareth Bale.”

Bale’s header—making him the most effective attacker with his head in Europe’s five major leagues—was enough to settle a tight contest and keep Zinedine Zidane’s side in the hunt for the Spanish title.

The Welshman is proving to be a key man for Madrid in the run in, and after scoring a double last weekend as Real saw off neighbours Rayo Vallecano 3-2 after having been two goals down, he bagged his 19th goal of the season 10 minutes from the end on Saturday.

While the effort secured three points for Los Blancos, it didn’t affect their standing in La Liga, with both Barcelona and Atletico Madrid also securing narrow victories.

The trio of triumphs leaves Barca and Atleti tied in first and second place with 85 points, and Real in third on 84 with two matches still to play.