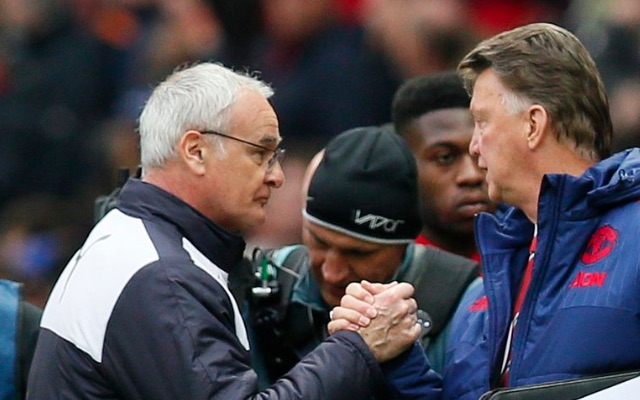 From the outside, it looks like the Dutchman is underperforming, what with global giants United down in fifth place in the Premier League, having scored the same number of goals as Bournemouth this season. However, LVG has seemingly convinced himself that he’s doing well.

Just in case you thought I was making it up…

Fair play to Van Gaal. That much self-belief is powerful! #MUFC #LVG pic.twitter.com/v5SWmLMCC1

Moments after Sunday’s final whistle at Old Trafford – where the final score was 1-1 – Leicester City manager Claudio Ranieri approached his United counterpart with some kind words.

Ranieri, seemingly out of politeness, told Van Gaal that he was doing a “fantastic job”.

Van Gaal’s response will infuriate those who want him out of the Theatre of Dreams.

His reply – although simple – was so assured.

“I am”, a nodding LVG told Ranieri.

In his attempts to convince fans that his mediocre methods are taking United in the right direction, the 64-year-old appears to have fallen for his own bullsh*t.