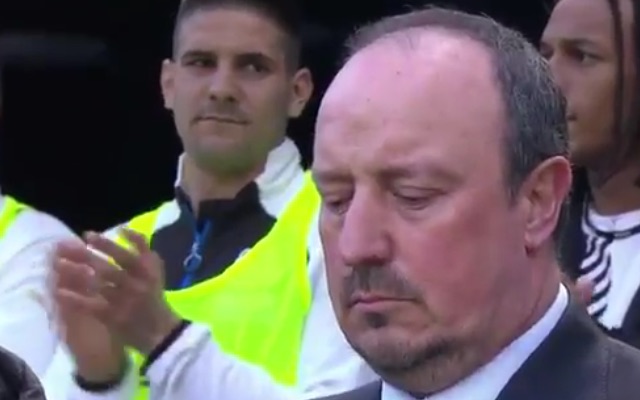 Five days on from it being concluded in court that the 96 Liverpool supporters who died at Hillsborough were unlawfully killed, Newcastle United fans paid a spine-tingling tribute to those who lost their lives in 1989.

Tuesday’s verdict was the result of 27 years of campaigning by the families of the deceased, who were despicably blamed for the disaster due to lies printed by The Sun, followed by a sickening police and government cover-up.

Football is a game full of rivalry, but what happened at Hillsborough goes way beyond sport. Newcastle supporters obviously appreciate this.

Ahead of their 1-0 win over Crystal Palace on Saturday, an emotional chorus of You’ll Never Walk Alone was belted out around St James’ Park, accompanied by applause.

Magpies manager Rafael Benitez, who became an Anfield legend in 2005 when he masterminded Liverpool’s fifth European Cup triumph, was among those clapping.

Rafa looked visibly moved by the gesture and appeared to be doing his best to fight back tears.

This is class from Newcastle fans earlier! ???????? pic.twitter.com/aZwaxWzJOx