Manchester United would love to have Rio Ferdinand in the heart of their defence for today’s encounter with Leicester City, when the Foxes could win the Premier League title.

But the retired Red Devils legend spends most of his time on the celebrity circuit these days. He probably misses football now and again, but his new lifestyle certainly has perks!

Ferdinand got to party with officially the most beautiful woman in India last night at the Variety World Conference Awards. He uploaded this picture to his Instagram account… 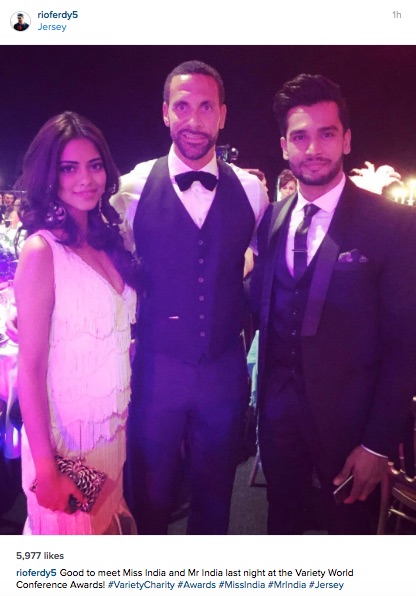 A thorn between two roses springs to mind as Ferdinand, 37, grabbed a snap with the stunning Mrs India, and Mr India, who is not a bad looking bloke himself it must be said!