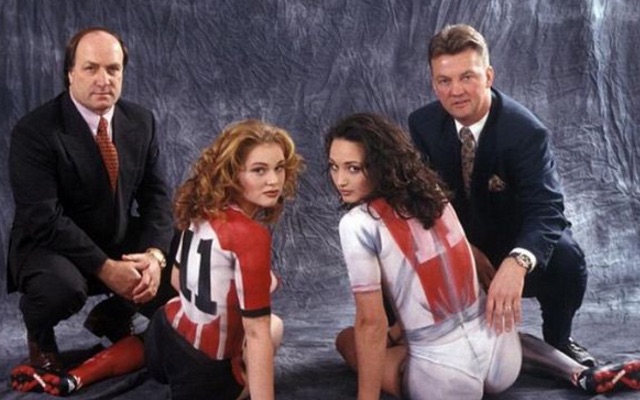 Some miserable Manchester United fans might want him sacked, but Louis van Gaal is truly the gift that keeps on giving.

This actually happened, just this afternoon following United’s 1-1 draw with Leicester City. Although hilarious, it is NOT a joke.

Speaking to the BBC – one of the world’s most serious broadcasters – LVG launched into a rant about how the laws of football differ to what is deemed acceptable in “sex masochism”.

When quizzed about an incident – missed by the officials – which saw Marouane Fellaini twice strike Leicester centre-back Robert Huth in the face, Van Gaal attempted to defend his player by claiming the Belgian had been provoked by hair-grabbing tactics.

Ranting towards the BBC’s Manish Bhasin, LVG dismissed claims that Fellaini should have been sent off.

“When I grab your hair now, you will react also,” Manish was told in no uncertain terms. “I do know for sure. Because it’s not in the books that somebody has to grab with the hair and then pull it behind. Only in sex masochism, then it is allowed.”

Manish managed to escape from the interview without being grabbed by the touchy-feely Red Devils boss.

However, Geoff Shreeves was not so lucky. LVG had earlier succeeded in getting his hands on the luscious locks of the popular Sky Sports touchline reporter.

In fairness to Louis van Gaal, he’s spot on. Geoff Shreeves DOES have shorter hair than Marouane Fellaini. FACT! https://t.co/1Xk5wVBxFN