Former Tottenham Hotspur coach Tim Sherwood has taken the opportunity to aim a jibe at Arsenal‘s underwhelming season in a multi-faceted critique of Arsene Wenger‘s side.

However, while Sherwood has criticised the Gunners—speaking on Sky Sports this weekend—the ex-Spurs manager has admitted that he has been impressed by the former of Nigerian wonderkid Alex Iwobi.

“Iwobi is a great talent,” Sherwood began, before beginning his barrage of criticism aimed at the North Londoners’ miserable campaign.

“I have not heard of many lads coming through the ranks at Arsenal recently,” Sherwood continued, aiming a tacit jibe at the Gunners’ academy. 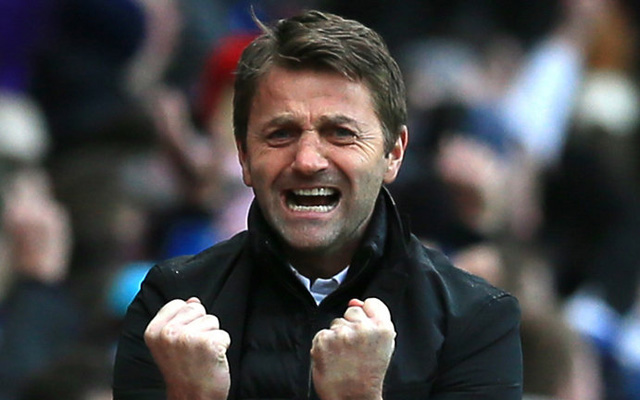 “He has been a shining light of their season which has been, relatively, poor,” the out-of-work boss continued.

Indeed, while Iwobi was something of a peripheral figure during the early portion of the campaign, he has exploded onto the scene in recent months.

As well as making his competitive debut for the Nigerian senior side, the forward impressed against Barcelona in the Champions League—an outing which prompted Wenger to give him more of an opportunity in the EPL.

Iwobi opened his top flight goalscoring account with a goal in the 2-0 win at Everton, and followed that up with another strike in the 4-0 victory over Watford.

Arguably, Iwobi’s best performance of the season came against West Ham United in early April, when he contributed two assists in a 3-3 draw.