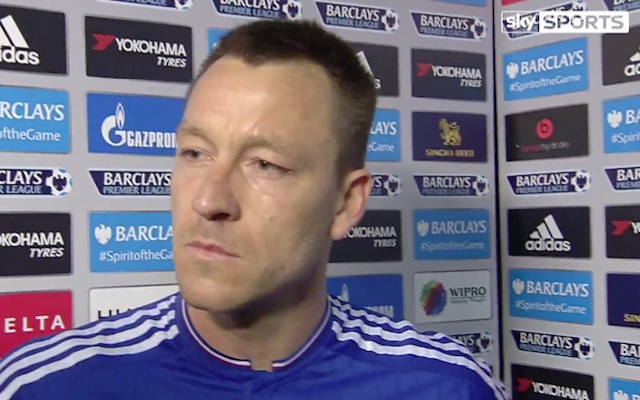 John Terry has a long history with the FA, so it’s safe to assume there may have been a trace of bitterness in his words as he spoke to the media after Chelsea’s unfriendly 2-2 draw with Tottenham Hotspur on Monday night.

It also featured Mousa Dembele gouging the left eye of Diego Costa and Cesc Fabregas demanding officials inspect his hand, which he claims was stamped on by Erik Lamela.

To top it all off, the final whistle sparked a mass brawl between the two sets of players. It started on the pitch and continued into the tunnel.

But former England skipped Terry, who was stripped of the Three Lions captaincy by the FA in 2012 and banned for four games for allegedly using racist language towards Anton Ferdinand, does not think English football’s governing body need to get involved.

Terry told Sky Sports: “It’s boiled over. It’s a very emotional night. For fans and players, that’s what its all about. Let’s not get silly and start banning people. They’ve got two important games left.”

Despite Terry’s recommendation, Dembele is likely to pick up at least a three-game sentence on the naughty step.

However, Lamela will probably face no further action – much to the disgust of the dramatic Fabregas. The officials saw the incident in question, plus replays will struggle to prove that there was any intent to hurt the former Arsenal man on the Argentine’s behalf.