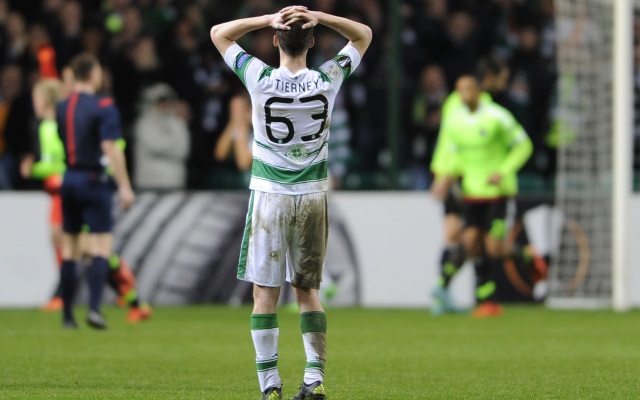 Arsenal are understood to be tracking the progress of Celtic defender Kieran Tierney.

The 18-year-old left-back has shone for the Buoys this season, impressing despite his slender years and demonstrating the intelligence and composure of a much older player.

According to the Daily Star, the wonderkid has caught Arsenal’s eye, with the tabloid noting that the club are planning a bid of approximately £5 million to bring the youngster to the Emirates Stadium.

However, the Star note that the Gunners may well face competition for the teenager, with both Manchester City and Liverpool also having been alerted to his fine progress.

With three years still left on his contract, it remains to be seen whether the Hoops will agree to sell for the fee quoted by the Star.

Tierney, who was born on the Isle of Man, joined Celtic’s youth academy in 2005, before making his debut for the club nine years later.

To date, he has featured once for the Scottish senior side, having made his debut in March this year.

Should Tierney move to the Emirates Stadium, he will have to compete with Nacho Monreal and Kieran Gibbs for a starting spot.