The Manchester United legend turned British celebrity icon has many famous friends. At CaughtOffside, we we surprised to learn that on-loan Chelsea forward Alexandre Pato is apparently one of them.

The Brazilian forward played briefly with Beckham during the midfielder’s two short-term loan spells at AC Milan in 2009 and 2010, and they seemingly became close enough to form a lasting bond.

Pato sent a birthday message to Beckham on Instagram, to which the retired footballer replied. 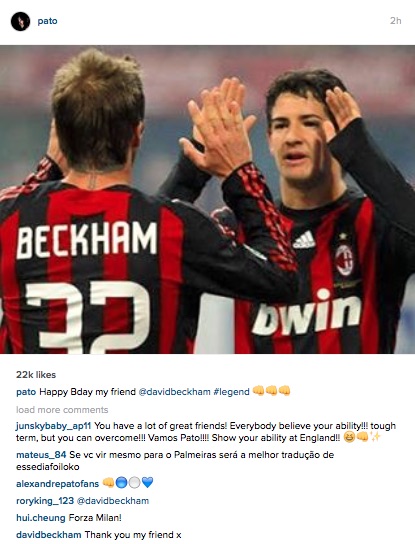 I suppose a striker of Pato’s ilk will always remember their friendship with Beckham very fondly. The service would never have been so good. And Pato actually used to play football, back then.