Wayne Rooney might have been hoping for some downtime with the family this Bank Holiday Monday.

But, seemingly, Louis van Gaal feels that his Manchester United players cannot afford a day off, and made them train less than 24 hours after their end-to-end 1-1 draw with Leicester City at Old Trafford.

Rooney’s solution? Take his eldest son, Kai, with him to United’s Carrington training complex. The Red Devils skipper uploaded this Instagram picture of the six-year-old dressed head to toe in United kit. 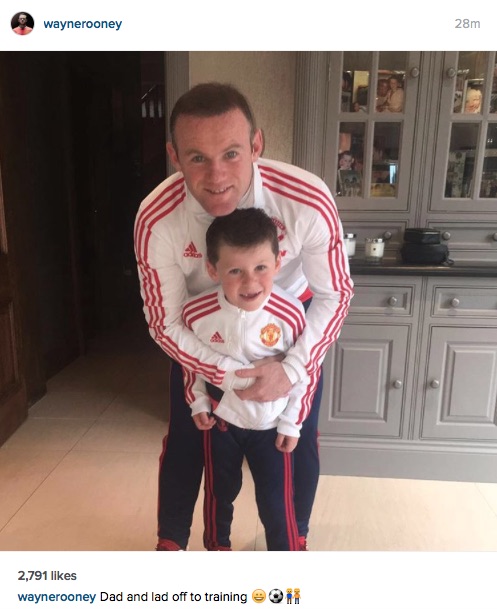 Whatever you do Kai, do not pull Marouane Fellaini’s hair during set-piece practice. Otherwise you could be in for a disturbing conversation with Uncle Louis which will haunt the rest of your childhood.