Cristiano Ronaldo appears to be winning his race against time to be fit for the second leg of Real Madrid’s Champions League semi-final with Manchester City on Wednesday.

Real Madrid tweeted pictures of the Portuguese, who missed the first leg with a hamstring strain, taking a full part in training 48 hours prior to the showdown at the Bernabeu. 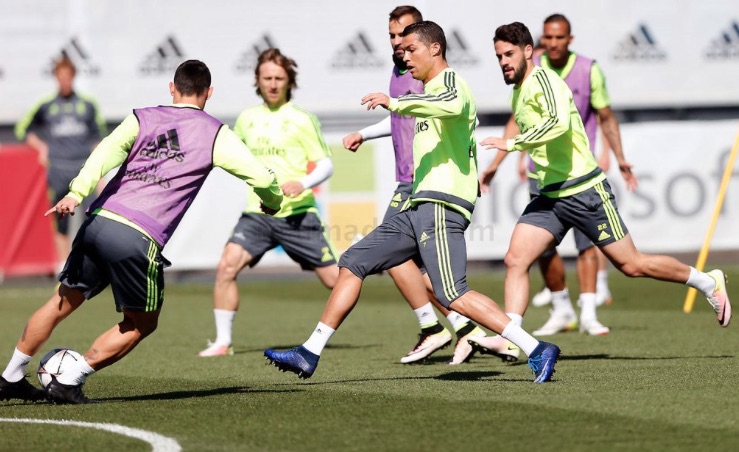 The three-time Ballon d’Or winner has sat out Madrid’s last three matches with his muscle problem, but looked upbeat and raring to go in these snaps shared on Real’s official Twitter.

More worrying signs for Man City is that striker Karim Benzema, who was substituted at half time during last week’s 0-0 draw at the Etihad Stadium, also went through his paces on Monday.

Ronaldo and Benzema have 20 Champions League goals between them this season – the former’s 16 easily making him the top scorer in the competition. Man City have only managed 18 in total.