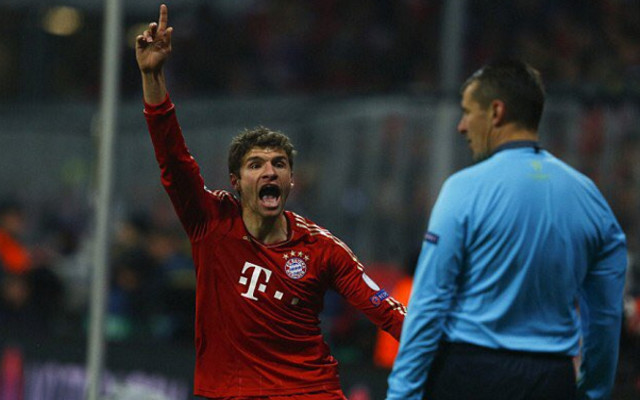 The Champions League truly is an amazing thing: it brings out the best – and sometimes the worst in the world’s best players. Never was that more apparent than on Tuesday afternoon when Thomas Muller – one of the best goalscorers in the world, let alone Europe, suffered a rare failed penalty kick attempt for Bayern Munich in the Champions League Semi-Finals against Atletico Madrid.

Having already taken the 1-0 lead in the game and tying the aggregate at 1-1 thanks to Xabi Alonso, Muller was awarded a penalty kick shortly after an ill-fated yellow card for the La Liga giants.

Whether Muller was off his game or goalkeeper Jan Oblak was simply on his own, the Slovenian starlet actually deflected Muller’s shot to save the goal.

The two teams went into the half with Bayern Munich leading 1-0 but tied with Atletico at 1-1 on aggregate.