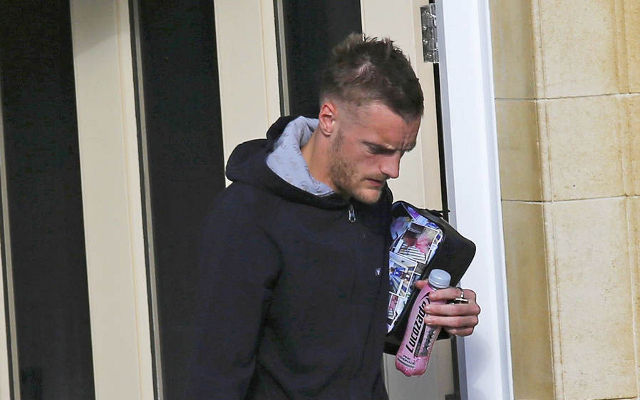 After likely partying hard until the early hours of the morning, Leicester City striker Jamie Vardy was spotted leaving his house looking a little rough on Tuesday morning.

Images and videos of the Leicester players celebrating their triumph were shown on Sky Sports and subsequently shared on social media on Monday night.

The squad met up at Vardy’s house to watch Tottenham’s 2-2 draw with Chelsea, with the result ensuring that the Foxes were crowned champions and will be given the opportunity to celebrate their achievement at the King Power Stadium against Everton on Saturday.

With two games remaining this season, boss Claudio Ranieri will want to see his players finish in style rather than lose a bit of the gloss off their achievement, and so Vardy’s appearance on Tuesday could come back to haunt him at training.

With his bottle of Lucozade in hand, the England international will recharge the batteries and hope to play his part in the end of the season celebrations as Leicester continue to bask in the glory of one of the greatest upsets in sporting history.