The Bosnia-Herzegovina playmaker has been a key operator for AS Roma this season, helping the capital club qualify for the Champions League despite the mid-term turmoil brought about by the departure of the underperforming Rudi Garcia.

The 26-year-old has contributed nine goals and 10 assists so far this season, and has caught the eye with a number of superb free kicks. 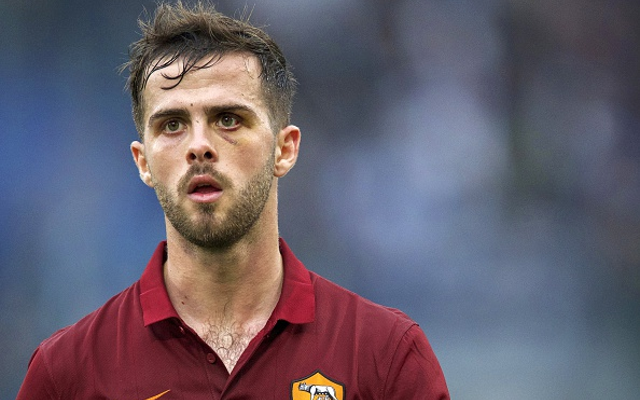 His performances have caught the eye of clubs higher up the European food chain, with Fichajes reporting that Manchester City are keen on signing the former Olympique Lyonnais man this summer, with Guardiola seemingly seeing the versatile star as a key component of his plans for the Citizens.

However, the Spanish coach—who will replace Manuel Pellegrini at the season’s end—faces major competition to sign the midfielder.

The Spanish source note that Carlo Ancelotti, who is replacing Guardiola at Bayern in the summer, also sees Pjanic as a key part of his plans as he looks to stamp his own identity on the Bavarian giants.

Could we find ourselves in a situation this summer where Pep is in the process of battling against his former club in order to bring Pjanic to the Etihad Stadium?